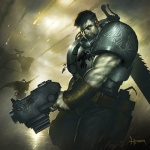 Accepted in 1985 and mass-produced since 1988, the T-72B(M) MBT (Ob.187) has protection level comparative to that of the contemporary T-80U, but has a noticably poorer FCS and vision aids and is underpowered. It is the last model of the (in)famous T-72 line, because the T-72BU MBT, successor to T-72B(M), received a new designation, T-90. However, T-72B(M) tanks and older T-72s upgraded to T-72B(M) standard are the most numerous tanks fielded with the Russian military. With the current financial problems, it will likely remain in wide-spread use well into the 21st century.

In addition to the basic model, there exists the T-72BK command variant that has been fielded since 1987. The variant differs in radio and navigational equipment, as well as the presence of an auxiliary power unit 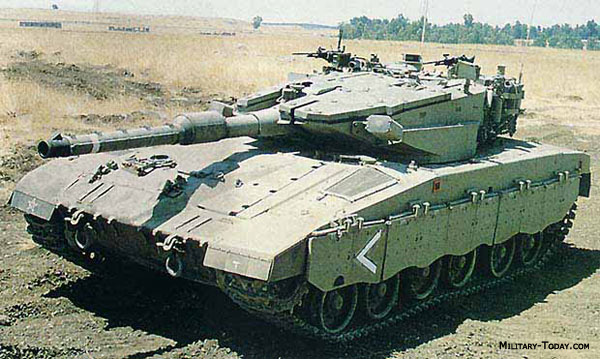 The Merkava Mk.3 main battle tank is a successor to the Mk.2. Production vehicles entered service with Israel Defense Forces in 1990.

The Merkava Mk.3 has the same layout as it's predecessors, however it has improved armor protection, firepower and mobility.

Protection of this main battle tank was improved by adding passive modular armor. Damaged modules can be easily replaced in field conditions. Such armor can also be constantly upgraded when more advanced modules are available. This MBT can also be fitted with explosive reactive armor blocks. The Mk.3 is also fitted with a laser warning system. It is worth mentioning that this MBT unlike the others has a front-mounted engine for better crew protection. Vehicle can be fitted with Trophy active protection system.

The Merkava Mk.3 is fitted with a fully-stabilized 120-mm smoothbore gun, developed by Israel Military Industries. This gun can fire all standard NATO 120-mm munitions. It can also fire gun-launched LAHAT anti-tank guided missiles in the same manner as ordinary projectiles. Vehicle carries 50 rounds for the main gun. Ammunition is stored in separate containers.

Secondary armament consists of three 7.62-mm machine guns. One of them is mounted coaxially with the main gun, while the rest are positioned on top of the roof. Sometimes the Mk.3 tanks can be seen fitted with ranging 12.7-mm machine guns. This MBT is also fitted with remotely controlled 60-mm mortar, which is used to fire illumination and fragmentation rounds.

The Merkava Mk.3 has a crew of three, including commander, gunner, loader and driver. It is worth mentioning, that the Merkava Mk.3 has a unique feature and can carry up to ten troops, when ammunition is unloaded. Troops enter and leave the vehicle through the rear hatch. 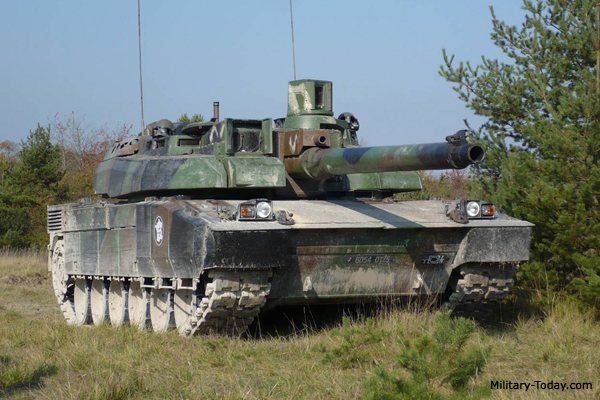 The Leclerc main battle tank was developed by GIAT Industries. It's development began in 1978 and first prototypes were built in 1989. Production of the Leclerc MBT started in 1991. It is named in honor to general Jacques Leclerc, commander of French armored division during World War II. The Leclerc is one of the best main battle tanks in the world. It is in service with France (406) and United Arab Emirates (388).

It is protected with advanced modular armor. It's armor is a combination of steel, ceramics and Kevlar. Damaged modules are easily replaceable. Furthermore they can be easily upgraded with more advanced armor modules. Turret and hull roof was designed to withstand top-attack munitions. Chassis of the tank is covered with wide side skirts. The main electrical systems were duplicated to improve survivability.

The Leclerc main battle tank is armed with a CN 120-26 120-mm smoothbore gun, 52 caliber long. This gun is fitted with a bustle-mounted autoloader, holding 22 rounds. Remaining 18 rounds are stored in a carousel-type storage area in front of the hull. Autoloader provides a maximum rate of fire in 12 rounds per minute. It is claimed that Leclerc MBT can engage 6 targets, located 1.5 - 2 km away, in one minute with a hit probability in 95%. Gun can be loaded manually both from the inside or outside the MBT. The Leclerc can fire French or standard NATO munitions.

Vehicle is fitted with a battlefield management system. It automatically reports to command post tank's location, quantity of ammunition and fuel left. Broadly similar system is used on the M1A2 Abrams.

Vehicle has a crew of three, including commander, gunner and driver.

Leclerc main battle tank is powered by French VD V8X-1500 turbocharged diesel engine, developing 1 500 horsepower. It's powerpack is smaller than contemporary tank engines. This feature allowed to reduce overall dimensions of the tank. Powerpack can be replaced in field conditions during 30 minutes. Vehicle has a hydropneumatic suspension, providing good cross-country performance. Additional fuel tanks can be fitted at the rear of the hull for extended range.

Vehicles exported to United Arab Emirates have many improvements, including different engine.