PdV considers force majeure on oil exports
Venezuela's state-owned PdV is considering a declaration of force majeure on some of its oil supply contracts in June unless its clients agree to accept volume reductions of up to 50pc, PdV officials tell Argus.

PdV's tumbling crude production, chronic breakdowns of its heavy crude upgraders and difficulty importing critical light crude and naphtha are progressively reducing the amount of oil available for export. The company was already taking advantage of flexibility in its supply contracts to shave off up to 10pc in export volumes.

But larger cuts are now looming.

PdV "in the best case only has about 695,000 b/d of crude supply available for export in June," a PdV marketing division executive said.

Because the distressed company's problems are structural, any force majeure declaration would set a commercial bar that the Opec country could not quickly overcome.

PdV is asking its principal clients that are collectively owed 1.5mn b/d of crude in June to accept smaller volumes and restructure existing supply contracts for up to one year.

Among the drivers behind PdV's supply deficit is ongoing maintenance at its PetroPiar upgrader in which Chevron owns a 30pc stake. The facility, which has been off line since early May, supplies about 160,000 b/d of synthetic crude to the country's export portfolio. Maintenance will last through the end of June at the earliest, PdV officials say. Chevron declined to comment.

Three other upgraders, all run by PdV, are in poorer operational condition.

The energy ministry likely would attribute a force majeure declaration to US financial sanctions and the effects of its debt-related dispute with US independent ConocoPhillips that severed PdV's Dutch Caribbean logistics last month. From the perspective of Venezuela's increasingly isolated government, the strategy would boost its international case against sanctions by adding pressure to the oil market.

The company's June obligations include 1.27mn b/d of 16°API Merey blend to eight clients, including Valero, Nynas and Tipco.

PdV clients that reject new deals with supply haircuts could see all of their Venezuelan supplies suspended until the circumstances obliging PdV to declare force majeure are resolved, one of the PdV officials said.

PdV does not expect to solve its crude supply shortfalls by next month. "PdV has a critical structural problem that cannot be fixed in a few weeks or even a few months, because the core problem is that Venezuela's crude production has dropped far beneath the volumes we are contracted to deliver," one executive said.

"We simply aren't producing enough crude, and we don't have the cash flow to compensate by purchasing crude from third parties to meet our supply commitments. Our greatest operational concern right now is that production continues to fall and our export supply volumes also will continue to decline as a result."

Any force majeure declaration would entail financial penalties that proponents are not taking into account, one detractor inside the firm said.

PdV's US clients have not commented on the proposed truncated supply contracts. Russian companies Rosneft and Lukoil and China's CNPC have not been formally notified of possible supply shortfalls during June, local Russian and Chinese officials said.

But Chinese refiners anticipate that PdV's supply difficulties likely will worsen in coming months and already are shopping for alternative supplies in Canada, Colombia and Mexico, a Chinese diplomat said.

Around half of PdV's exports go toward servicing oil-backed loans, mainly to China but also to Russia.

India's ONGC and Reliance likely will seek to offset falling supplies from PdV by increasing purchases from Rosneft and other suppliers in Latin America, Africa and the Middle East, an Indian diplomat said. 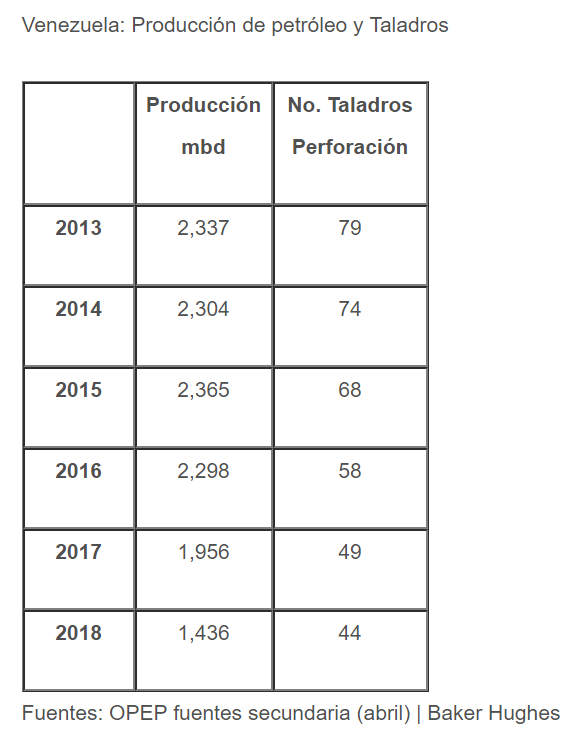 As Venezuelan oil exports near collapse and supply growth idles elsewhere in Latin America, a new wave of heavy sour crude from Iraq has begun to flow into US Gulf Coast refineries, a trend analysts expect to multiply, at least in the near term.

"Sometimes it's a buyers' market where there's an excess of heavy sour ... currently it's a sellers' market [for Iraq] with the rapid decline of Venezuelan heavy barrels and stagnant production out of Mexico, Brazil and Colombia," said John Auers, executive vice president at refinery consultants Turner, Mason & Co..

Iraq, which had long blended its heavier sour crude with medium grades, exported 301,600 b/d of heavy crude to the US Gulf Coast in March, according to the latest US Energy Information Administration data. It was the highest average since January 2017, when about 341,650 b/d of Iraqi heavy sour crude was shipped to the Gulf Coast, an all-time high, according to the EIA data.

Through May, roughly 35.5 million barrels of Basrah Heavy crude had been imported by US Gulf Coast refiners, up about 1 million barrels compared with the first five months of 2017, but more than double imports in the same time period in 2016, when about 16.6 million barrels of the heavy Iraqi crude was imported, according to the latest US Customs and Border Protection data.

The US did not begin regularly importing Iraq heavy crude until September 2015, but Iraq has become one of the US' top sources of heavy sour crude, behind Canada, Mexico, Colombia and Venezuela, according to EIA data.

Canada remains, by far, the largest source of heavy sour crude. The US imported 2.42 million b/d of Canadian heavy sour crude in March, more than all other countries combined, according to EIA. But the import gap between Iraq and heavy crudes from top Latin American countries has shrunk this year and Basrah Heavy is accounting for a growing percentage of Gulf Coast imports.

Nearly 15% of all heavy sour crude imported on the US Gulf Coast in March came from Iraq, compared with about 6% in March 2017. In the first three months of 2018, the US imported an average of about 257,400 b/d of Basrah Heavy crude, accounting for 13% of all US Gulf Coast heavy crude imports.

The growth of Iraqi crude exports to the US is driven, at least partly, by the decline in Venezuelan oil production and exports, according to Auers. US Gulf Coast imports of Venezuelan heavy sour crude have averaged roughly 249,100 b/d so far this year, down from nearly 529,760 b/d in the same period in 2017 and 658,600 b/d in 2016. OPEC CUTS

Jacques Rousseau, managing director, global oil and gas with ClearView Energy Partners, believes the shift by Gulf Coast refiners to Basrah Heavy is largely due to the ongoing agreement between OPEC and non-OPEC producers to cut their output.

"This increase appears to be offsetting lower imports from other OPEC countries that have removed oil from the market," Rousseau said, adding that Iraq was likely offsetting potential imports of heavy sour crudes from Kuwait and Saudi Arabia.

Iraq, which has one of the lowest compliance rates to production cuts of all OPEC countries, saw its oil output average 4.47 million b/d in May, a 50,000 b/d production increase from April, according to an S&P Global Platts survey released Friday. Iraq remained 120,000 b/d over its allocation, according to the survey.

Kuwait has not sent a barrel of heavy sour crude to the US Gulf Coast since January 2017, according to EIA data.

Meanwhile, Iraq currently exports about 800,000 b/d to 850,000 b/d of Basrah Heavy, about 25% of which are southern exports. Exports are forecast to climb to about 1 million b/d by the end of 2018 when additional output from fields in southern Iraq come online. Exports are forecast to increase to 1.2 million b/d by mid-2019, where they will likely remain until a long-delayed water injection project is completed, possibly by 2022. CAPACITY LIMITS

Analysts said this week that they expect the growth of Iraq imports to the US Gulf Coast to be a short-term phenomenon, partly due to the International Maritime Organization's 0.5% global sulfur cap for fuel oil in 2020, which could depress demand for heavy crude.

"Iraq's crude grades offer a good complement to the increasingly high API crude slate because they are middle distillate rich," said Michael Cohen, head of energy commodities research at Barclays. "That said, they are quite high in sulfur."

And while there is limited global demand for heavy crude to compete with the US Gulf Coast, there are no substantial plans to increase heavy crude refining capacity there.

Auers estimated that Gulf Coast refiners could currently run as much as 2.5 million b/d of heavy crude with a gravity of less than 25. But that will only go up "marginally" before 2020 and there are no clear incentives for growth, he added. --Brian Scheid, brian.scheid@spglobal.com


Crisis-wracked Venezuela's oil production continued to shrink, plunging for the 10th straight month to 1.36 million b/d. That is a 580,000 b/d year-on-year drop and a 910,000 b/d fall in two years, according to survey data. It is also the lowest in the 30-year history of the Platts OPEC survey, except for December 2002 and January 2003, when a strike severely curtailed production.

The country, which is suffering from crushing debt, hyperinflation, labor troubles and crumbling oil infrastructure, has been the leading contributor -- albeit unwillingly -- to OPEC's overcompliance with its committed cuts, which has tightened the market faster than many observers had anticipated when the deal began in January 2017. 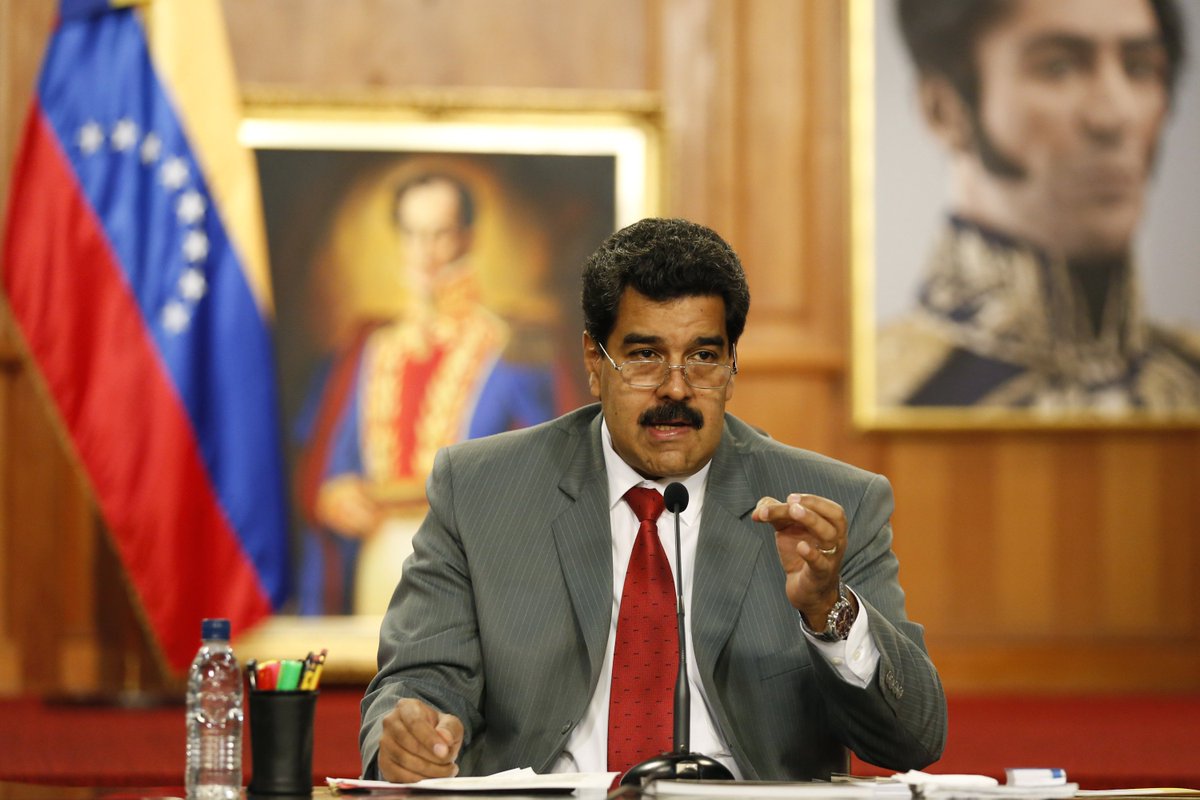