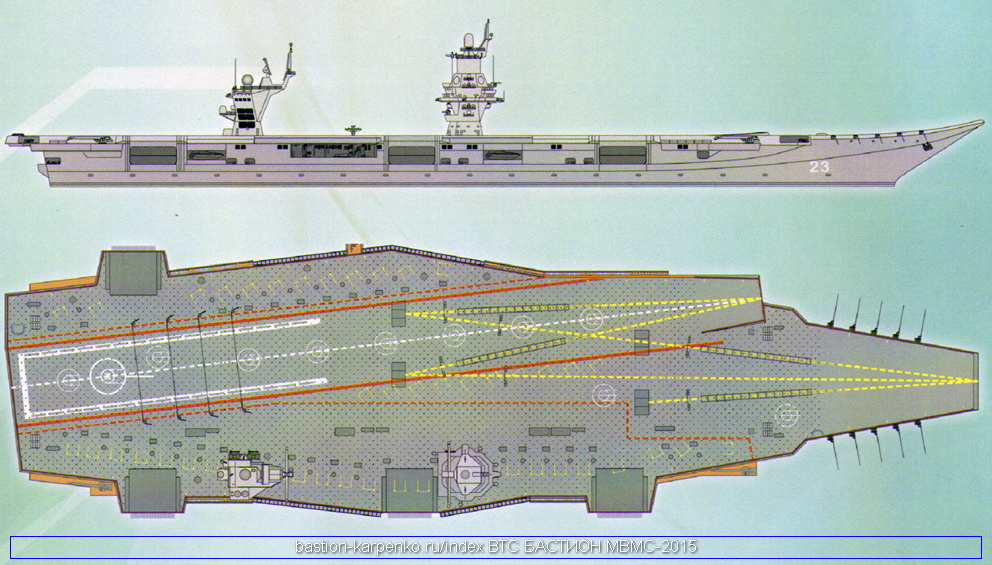 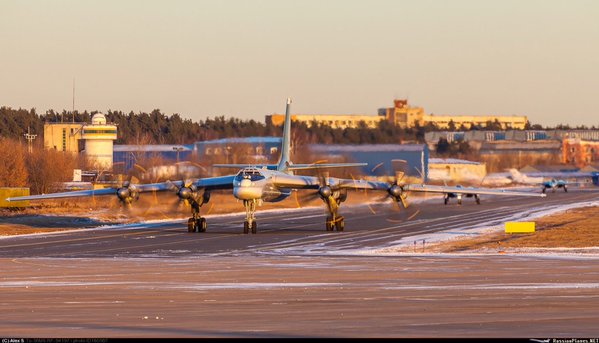 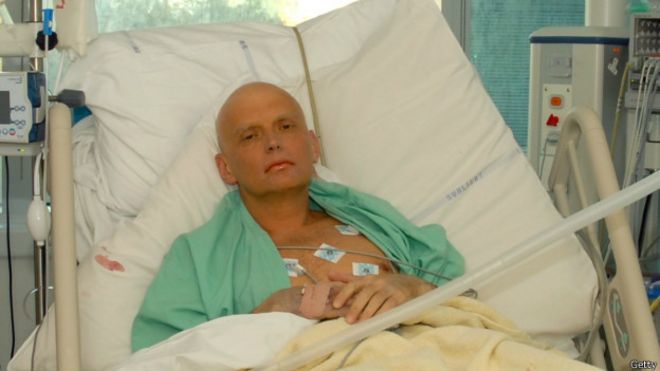 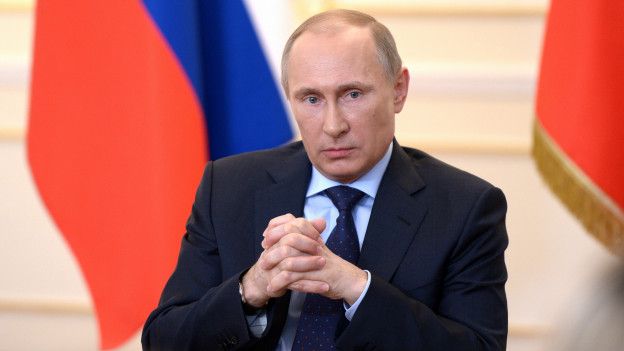 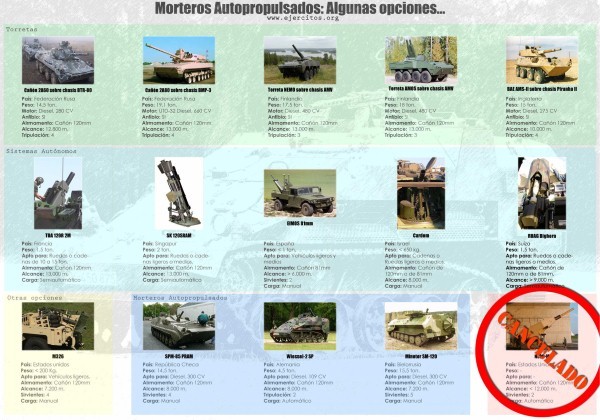 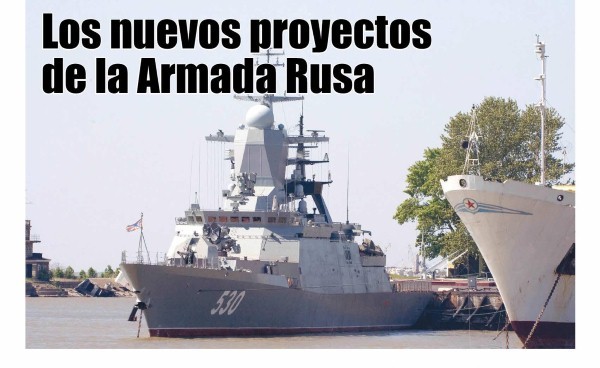 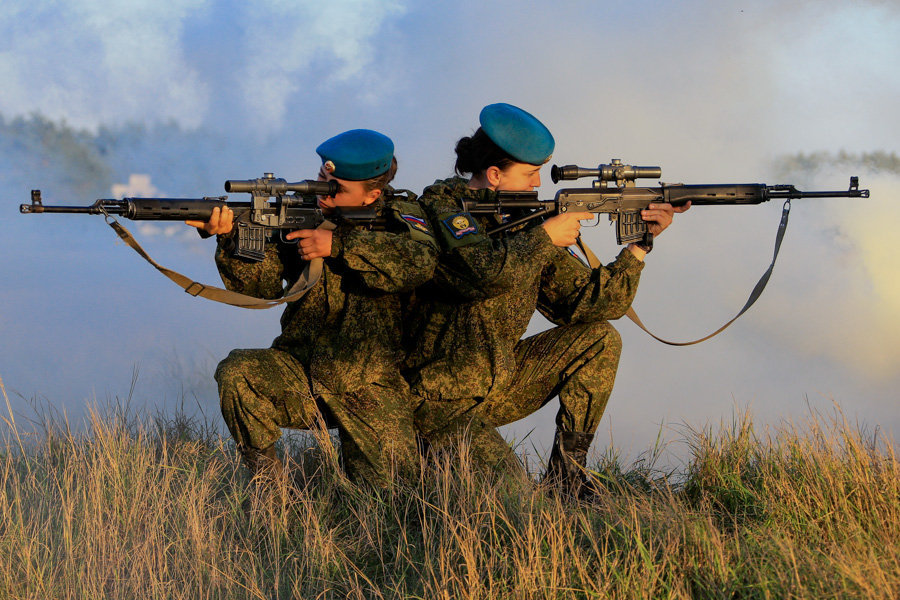 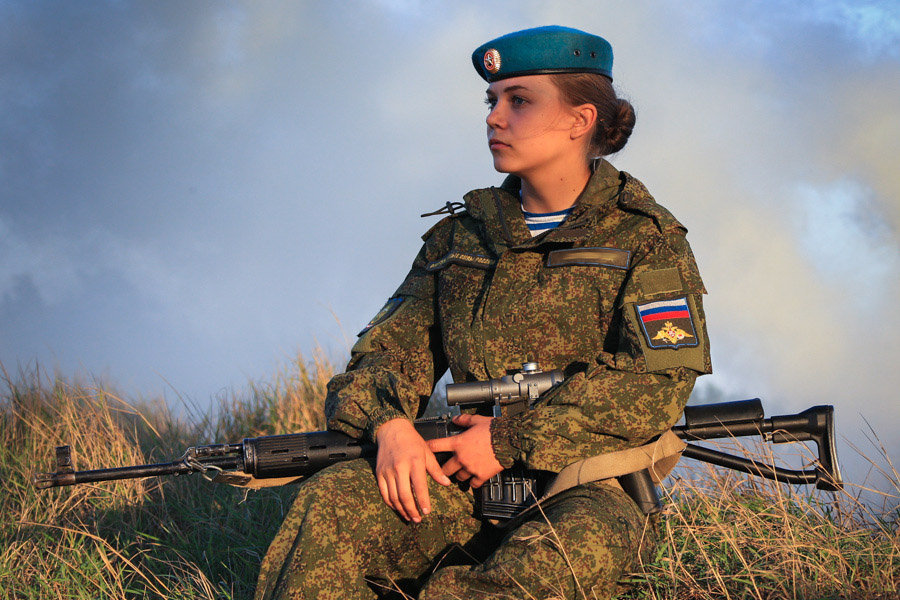 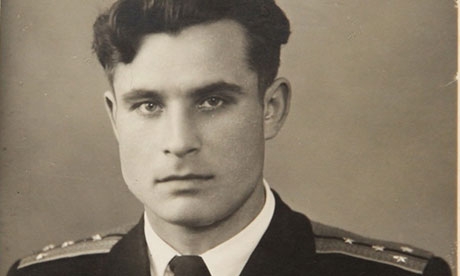 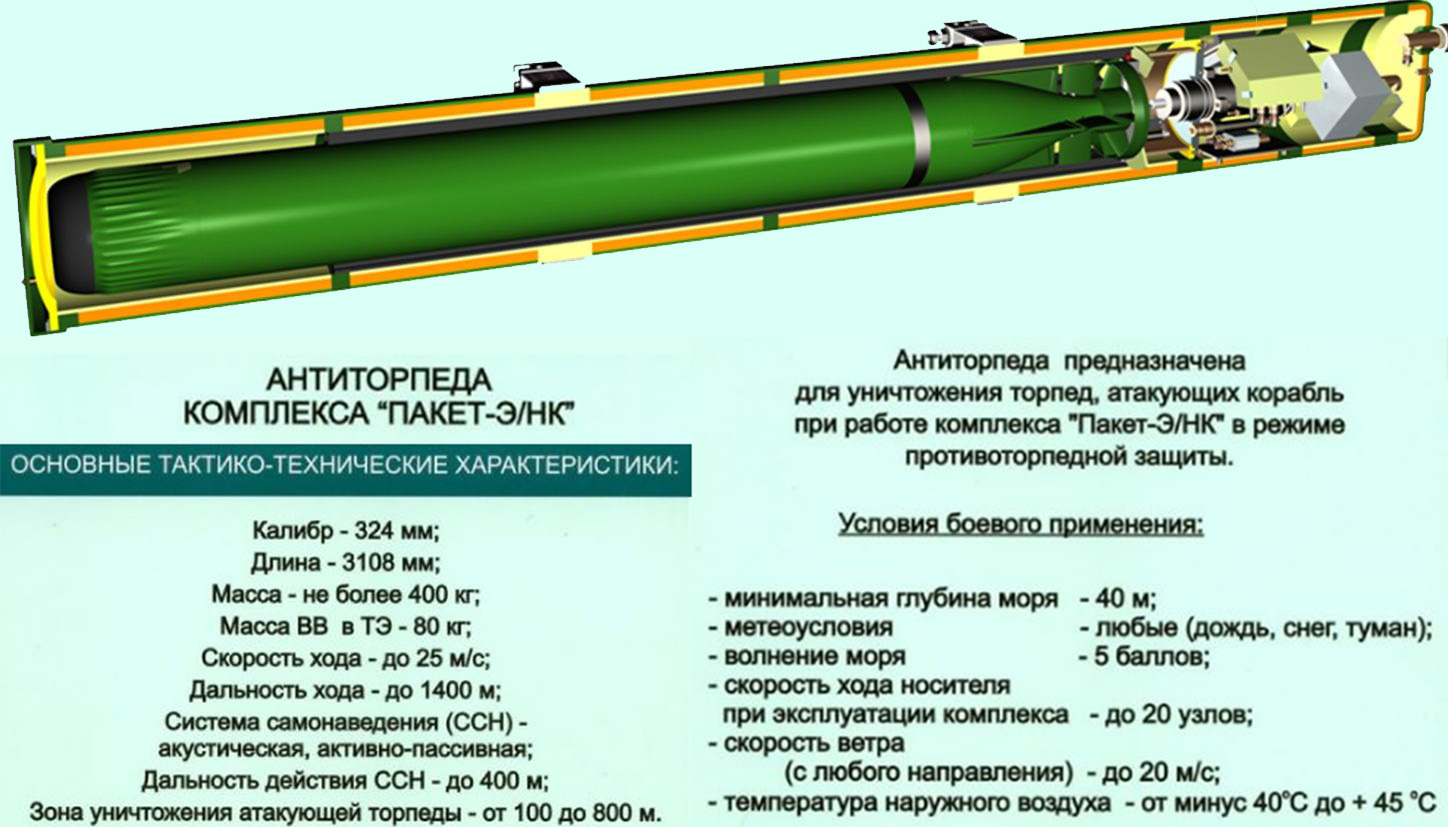 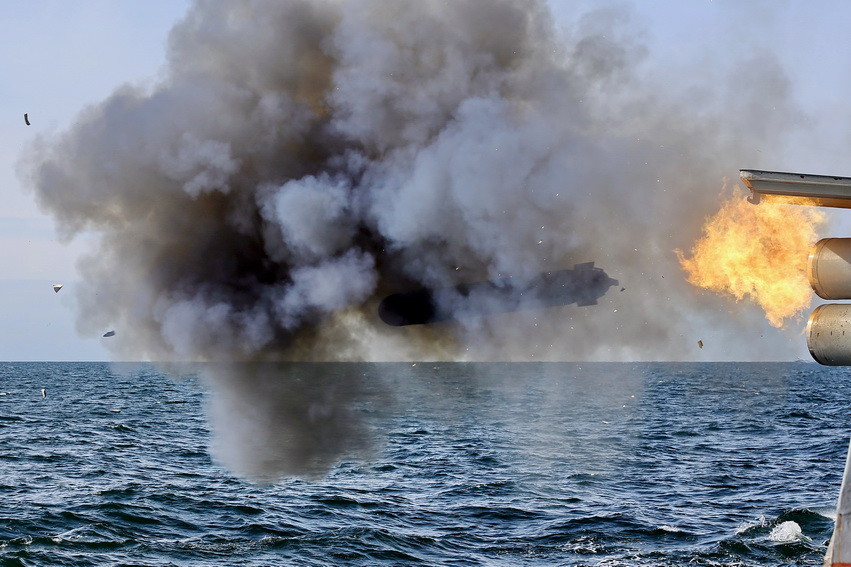 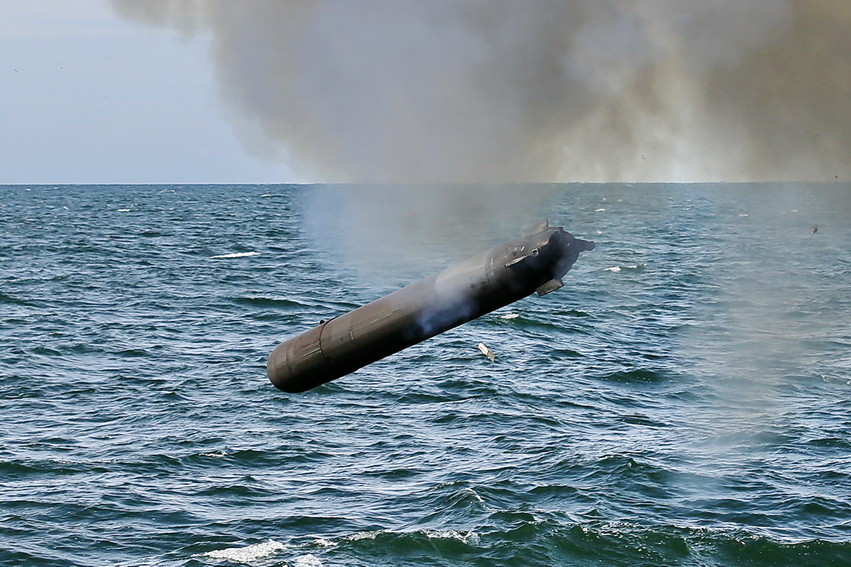 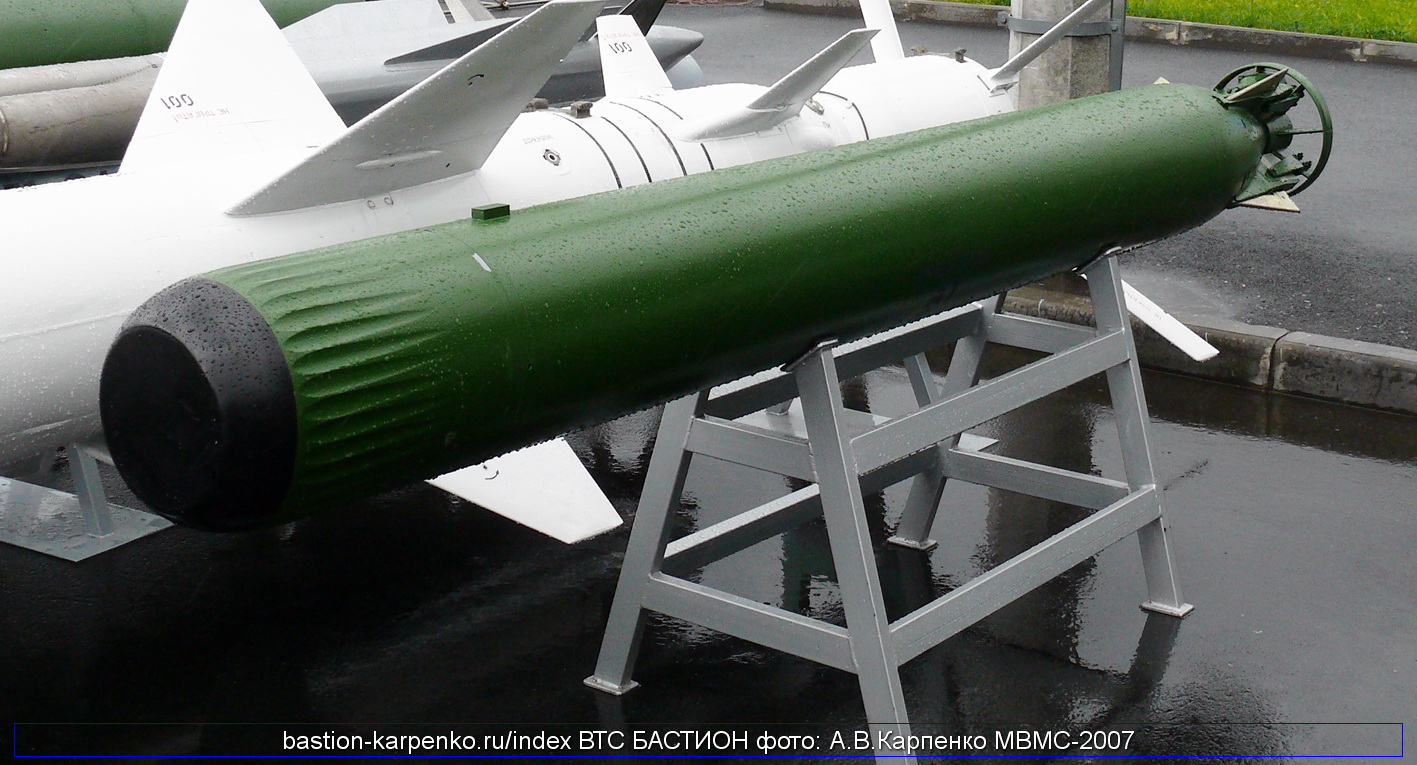 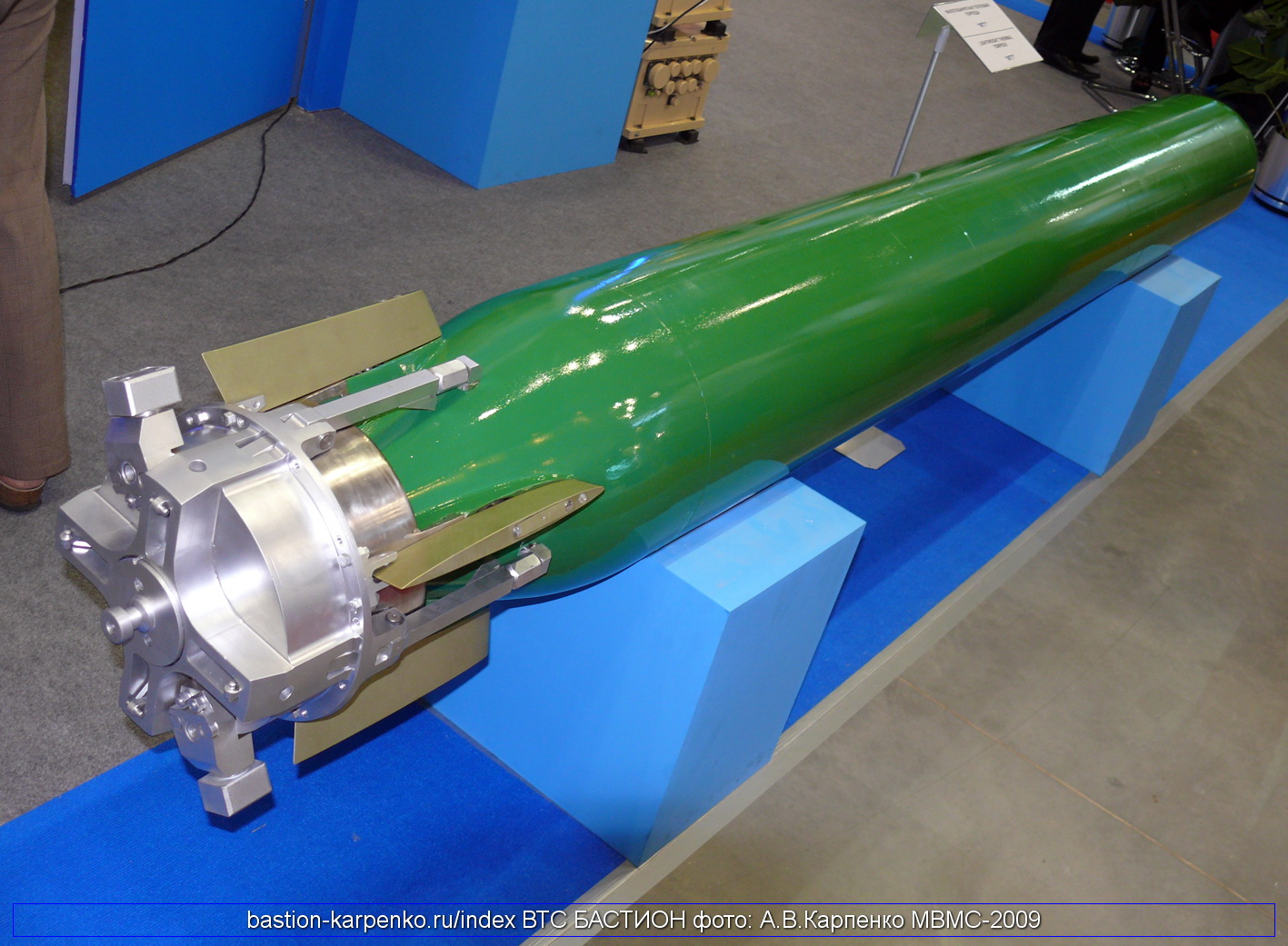 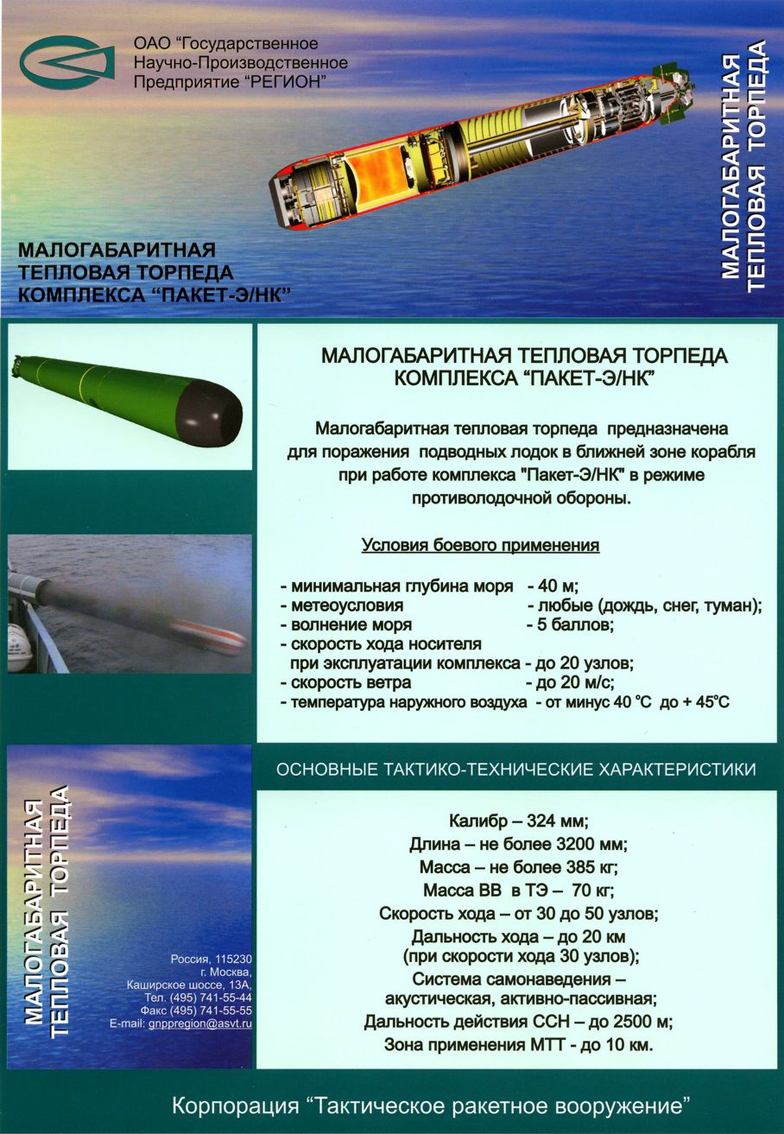 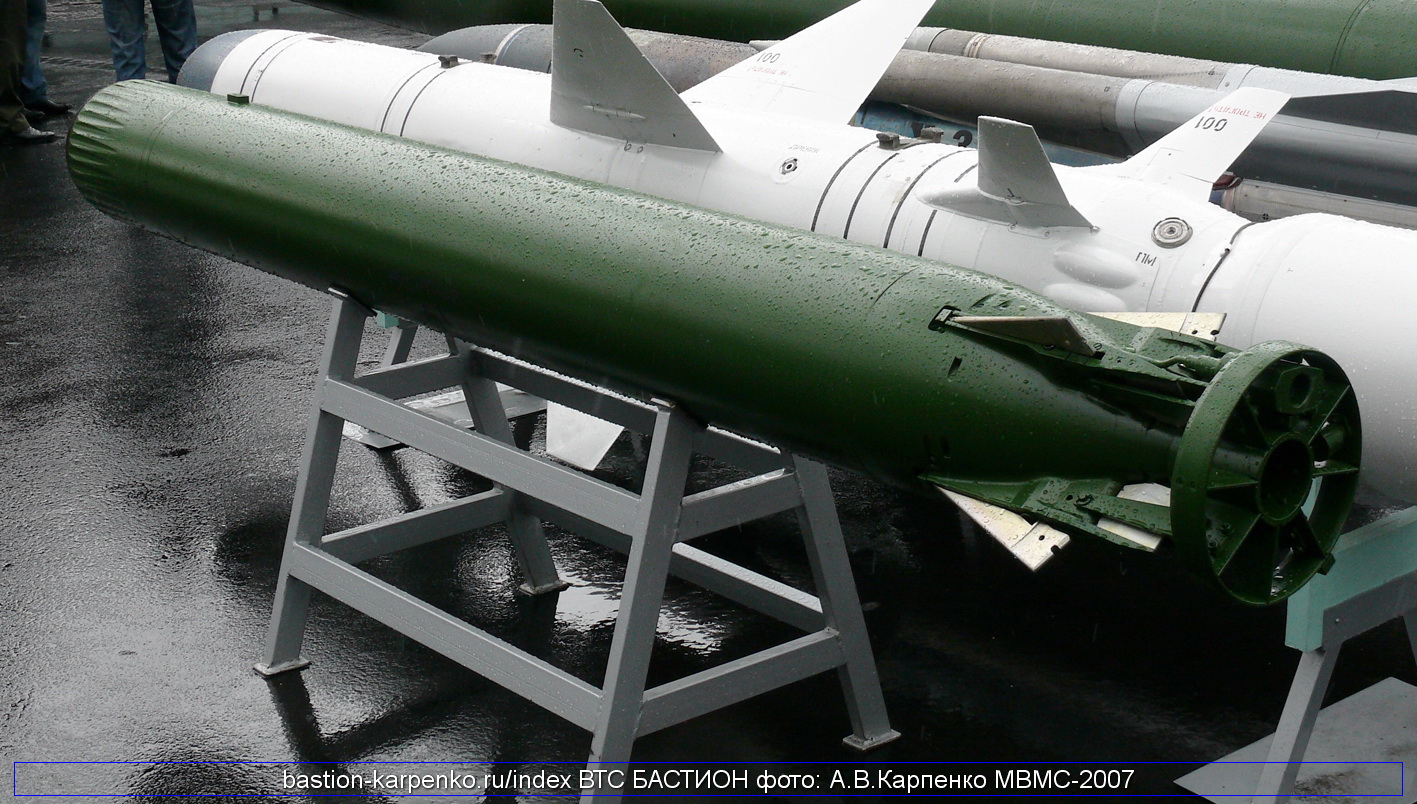 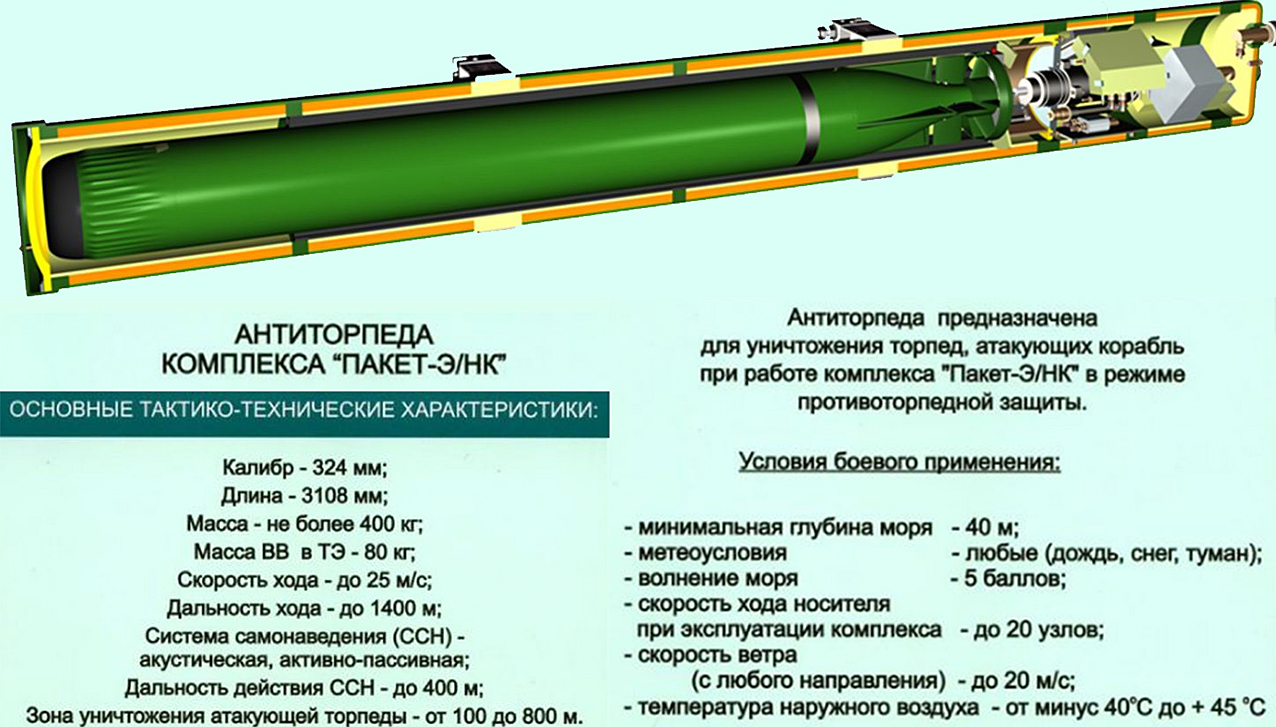 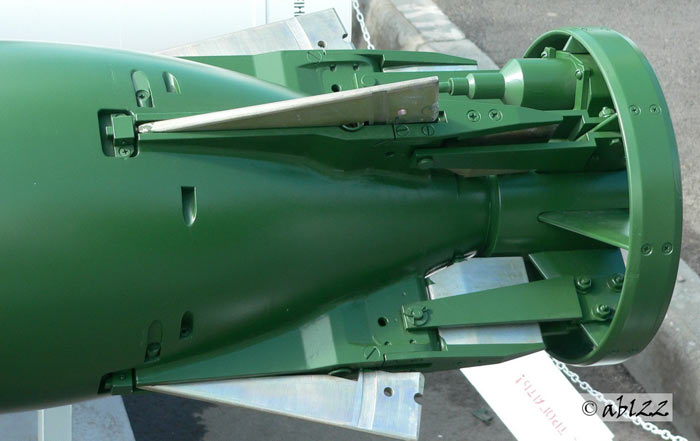 Studies on the ability to effectively defeat the attacking torpedoes were launched in anti-torpedo SSPE "Region" in the second half of the 80s of the last century.

They became the foundation of a big experience in the development of high-precision, high-performance characteristics of homing systems (PRS), high-speed anti-aircraft missiles - APR-2, APR-3, receiving high praise not only in the Soviet Navy naval aviation, but also abroad.

The development of digital technology has allowed for the second half of the 1980s to put the question on the possibility of high-speed precision underwater ordnance (antitorpedo) on high-speed small objects (attacking torpedo). At the same time, the customer had set very strict reliability requirements for solving the problem of torpedo defense (PTZ). These requirements (defeat torpedoes on the criterion of "the destruction of the body"), required to ensure a very high pointing accuracy and the use of powerful warhead.

Initially, in the late 1980s was based on the development of the domestic digital microelectronics, and the first version of CCH antitorpedo been implemented on it, with some limitations to provide a reliable solution to the problem only to defeat torpedoes on board of the submarine. The development of microelectronics has allowed in the early 1990s to put the possibility of effective application anti-torpedo for PTZ surface ships. Later it was sold to a complex "Paket-E/NK".

Despite the difficult 1990s, the potential of SSPE "Region", under the leadership of the Director General Shahidzhanova ES, was not only saved but also significantly developed. The world's first actual prototypes anti-torpedo guidance on high-speed torpedo goals were made in the range of Feodosia Navy in 1998..

It should be noted that these tests were conducted in extremely difficult (hydro-logical) conditions for work CLO anti-torpedo, and yet the test successfully held with providing sightings on a torpedo with high accuracy (provided by the demand for "the destruction of the body" attacking torpedoes).

Complex "Paket-E/NK" has a modular design and a large modernization potential.

It is interesting to compare the efficacy of a complex "Paket-E/NK" with similar products (complexes) in other countries.
The development of active complexes with PTA anitorpedo in the west were made in Germany - SeaSpider, USA - Tripwire (TTDS), Italy and France - MU90HK.

The most successful was the development of the US Navy, which ended in June 2014. with impressive demonstration of the real solution of the problem PTZ in newest aircraft carrier CVN-77 "George HW Bush" of torpedoes "Type Mk-48".

Despite the fact that the real out-rights of TTX ant-itorpedo Tripwire of US Navy were not disclosed, it should be assumed (by the use of unique and highly complex power plant on the lithium fluoride to the turbine closed cycle) that achieved, high speed and range anti-torpedo.

However, the main criterion for assessing the effectiveness of the active complex PTZ are not a "table performance" products and the reliability of solving the problem of PTA (the destruction of the attacking torpedo). For all his fine performance in speed, range and compactness, Tripwire carries a very small warhead and selected developers arrangement greatly limits the maneuverability of a torpedo.

It is necessary to stress once again, not only from the beginning of domestic developments for antitorpedo customer was firmly put the issue of ensuring a very high probability of hitting the attacking torpedoes, but also that all development efforts (SSPE "Region") focused on this, and in the end result, these requirements have been met.

The high complexity of the solution of the problem is most clearly manifested in the development of the active complex PTZ SeaSpider (Germany), where the developer is already in the final stages of development, in the course of the test in real conditions and real goals (Torpedo) was faced with the need to make very significant changes in the structure and complex, and most anti-torpedo (including obviously limits the effectiveness of the originally planned to level):
• rejection of the launcher "type missile" in favor of "firing a board" with an inclined pneumatic launcher is significantly limited the effective range (Def) defeat torpedoes;
• small (insufficient) warhead mass forced developers to go for unique Western products solution - the use of detonating propellant engine.

However, according to available information in the media, the German developers have not managed to finalize SeaSpider and bring reliable solutions to PTZ task to an acceptable level.

Applications Consortium Eurotorp of solving the problem of an active PTA antitorpedoy MU90HK currently appear rather advertising, as objective information on an actual test there. However, it should be noted that the weight and size parameters and table of TTX MU90HK close to MTT complex product "Paket-E/NK", and during the relevant R & D antitorpeda MU90HK can obtain their high antitorpedo potential.

The development of an active anti-torpedo protection of "SSPE" Region "continues, including towards the creation of small-sized products (providing them with high efficiency) and a number of other areas. 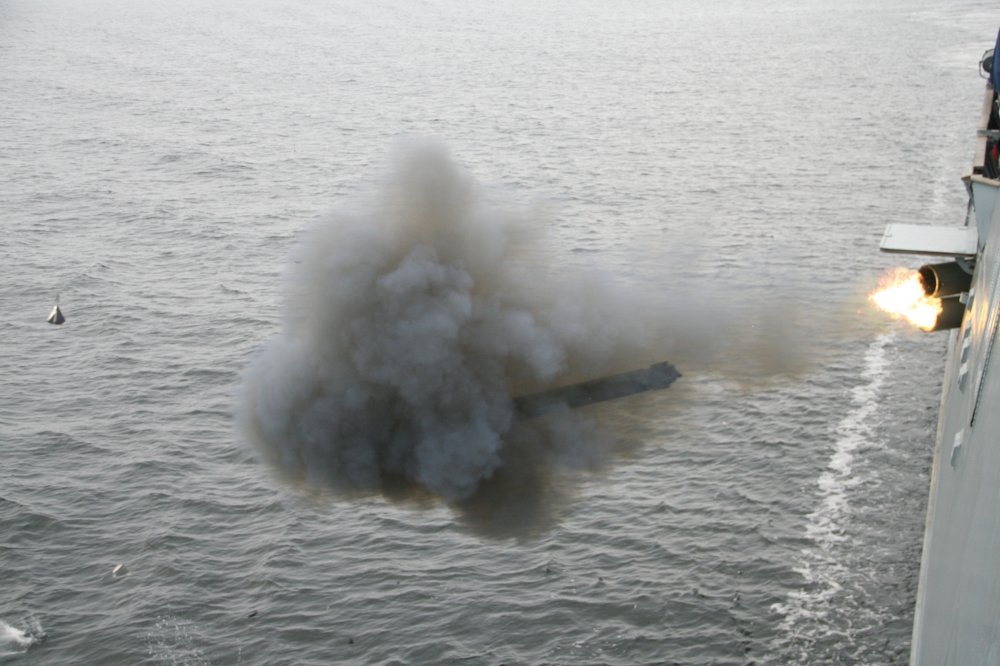