The MiG-35 (single seat) and MiG-35D (double seat) are the "4++" generation multi-role fighters, exhibiting the further development of the MiG-29K/KUB and MiG-29M/M2 fighters in the field of the combat efficiency enhancement, universality and operational characteristics improvement.

The complex of technical and technological solutions has been developed for the MiG-35/MiG-35D aircraft which provides for independent operation, like airborne oxygen generation plant.

Upon customer request the fighters can be equipped with "all aspect" thrust vectored RD-33MK engines ensuring the aircraft superiority in the maneuvering dogfight. The power plant of two thrust vectored engines was tested on the super-maneuverable prototype-aircraft MiG-29M OVT.

The airborne avionics of the MiG-35/MiG-35D aircraft is developed on the basis of the new generation technologies.

The multi-role radar with active phased array provides for advantage over the competitors due to the following factors:
– extended range of operating frequencies;
– increased quantity of detected, tracked and attacked targets;
– possibility of simultaneous attack of air and ground targets;
– extended detection range;
– enhanced resolution in the surface mapping mode;
– high jamming protection and survivability.

The IRST system with infra-red, TV and laser sighting equipment has been developed using the space technologies which were not applied previously in aviation. The system distinctive features are the increased range, detection, tracking, identification and lock-on of air, ground/surface targets in the forward and rear hemispheres, at day and night measuring the distance with laser range-finder as well as the formation of target designation and laser illumination of ground targets. The IRST system and new helmet-mounted target designation system are integrated into the armament control system. In addition to the built-in IRST system the MiG-35 aircraft is equipped with a podded one.

The MiG-35/MiG-35D aircraft is provided with a defense system including in particular:
– radio electronic reconnaissance and electronic counter measures;
– optronic systems for detection of attacking missiles and laser emission;
– decoy dispensers to counteract the enemy in the radar and infrared ranges.

In addition to the "A-A" and "A-S" class weapons applied on the MiG-29K/KUB and MiG-29M/M2 aircraft the advanced aircraft armament, which have not been offered earlier for export, is being included into the MiG-35/MiG-35D aircraft weapons. The long range weapons capable to attack targets without approaching the air defence zone are among them.

Avionics’ open architecture allows installation on aircraft of new equipment and weapons of Russian and foreign origin upon customer’s request.

Both the single and double seat versions of aircraft have the same airborne equipment and weapons as well as the high unification level of structure.

For the MiG-35/MiG-35D fighters the full set of training means was developed including the interactive computer-based training system and a number of simulators including the full-mission simulator with a motion system.

The basic version of the MiG-35/MiG-35D fighter is designed taking into account the international cooperation organization when developing new modifications of aircraft and during serial production.

On the world fighter market Russia’s Sukhoi is pinning its hopes, in the near future, on a substantially modernized Su-35 multi-role fighter. The model must be an interim type between today’s Su-30MK in various configurations and a prospective fifth-generation fighter, whose deliveries may start in the second half of the next decade. The Su-35 is a 4++ generation aircraft employing technologies of the fifth generation. They make it superior to all other 4th generation fighters now under development worldwide. In 2009-2015, thanks to these technologies, the Su-35 will dominate the world market, outperforming other proposed multi-role fighters.

A new aircraft with an old name

The Su-35 has long been a brand name in the aviation world. Since 1992, an export version of the Su-27 fighter (created under the order of the Russian Air Force) has been demonstrated at international air shows. At the turn of the millennium, Su-35 fighters participated in the tenders of Korean and Brazilian air forces. By the mid-decade of the new century, a general concept emerged of a considerably modified Su-27 fighter, which retained the name of Su-35.

What is new in the Su-35? First off, the fighter will get an improved airframe, which will dramatically increase its service life to 6,000 hours, 30 years of operation (the time before the first test and recondition and the between-repairs period has been increased to 1,500 hours, or 10 years of operation). Aerodynamically it is similar to the Su-27. But unlike the Su-30MKI it will feature no canard fins. All the three channels will have electrically signaled control without mechanical cabling. The use of a new integrated control system (developed by MNPK Avionika Moscow-based Research and Production Association) simultaneously performing functions of several systems – remote control, automatic control, limiting signals system, air signals system, chassis wheels braking system – will enhance the fighter’s handling capability and maneuverability.

Among the Su-35 design features, worth of note is the absence of an overhead brake flap, a standard characteristic of the Su-27. Its functions are performed by an active rudder. The Su-35 chassis has been reinforced because of the increased takeoff and landing weight of the aircraft. For the same reason, the front bearing has two wheels. The improved radar stealth reduces the reflectance of the Su-35 in the X radio waveband and in the angle range of ±60°.

The “heart” of the aircrsft

Another important difference of the Su-35 from predecessors from the Su-27 family is the use, in its power plant, of new engines with an increased thrust. Those engines, known as 117S, have been developed by NPO Saturn Research and Production Association.

In terms of engineering, the engines are substantially modified AL-31F production engines employing fifth-generation technologies. They use a new fan, new high and low pressure turbines, and a new digital control system. A provision is made for using a vectored thrust nozzle. The modernization has increased the engine special mode thrust by 16%, up to 14,500 kgf. In the maximum burner-free mode it reaches 8,800 kgf. Compared to today’s AL-31F engines, their capabilities will grow substantially, by 2 to 2.7 times. For instance, the between-repair period will grow from 500 to 1,000 hours (the operating period before the first overhaul is 1,500 hours). The designed period will vary between 1,500 and 4,000 hours.

The 117S engines will be co-produced by Ufa-based Motor Building Association and Rybinsk-based NPO Saturn Research and Production Association. The first production 117S engines were delivered to KnAAPO in early 2007 for testing on the first experimental Su-35 aircraft.

The distinctive feature of Su-35 is the employment of a new suite of onboard instruments. Its core is the information management system (IMS), which integrates functional, logical, informational and software subsystems into a single complex that ensures the interaction between the crew and equipment. The IMS includes two central digital computers, commutation and information devices and an indication system built on the “all-glass cockpit” concept.

The core of the Su-35 cockpit instrumentation suite are two full-color multi-function liquid crystal displays of MFI type, a multi-function panel with a built-in display processor, a wide angle collimatory display on the windshield and a control and indication panel.

MFI multi-function displays with a built-in processor measure 9 x 12 inches (diagonal 15 inches) and have a resolution of 1400x1050 pixels. They are intended for reception, processing and production, in a multiple window mode, of graphic, numeric, alphabetic and symbolic information. They also present televised information received from onboard TV sensors and impose on it synthesized numeric, alphabetic and symbolic information. Besides, they produce and send video signals in a digital format to the video record unit. The multi-function panel with a built-in display processor presents the required information and issues commands by pushing the buttons on the button array at any time in flight. The airborne collimatory display with a built-in processor monitors the space beyond the cockpit. The information is processed by control signals. The collimator angle of view is 20x30о.

The onboard systems and armament in the new cockpit of Su-35 are controlled by buttons and switches on the aircraft control joystick and engine control levers as well as by a button array on multi-function displays. Thus the HOTAS concept is realized on this type of aircraft. The displays and some other avionics systems of Su-35 are developed by Instrument Design Bureau of Ramenskoye and affiliated companies of Tekhnokompleks Research and Production Association.

The core of the Su-35 armament is a new radar control system with a phased antenna array (Irbis-E). It features unique capabilities in terms of the target detection range. This is a development V V Tikhomirov Research Institute of Instrument Production. In design, this is an X-waveband multi-role radar with a passive phased antenna array (PAA) mounted on a two-step hydraulic drive unit (in azimuth and roll). The antenna device scans by an electronically controlled beam in azimuth and angle of elevation in sectors not smaller than 60°. The two-step electro-hydraulic drive unit additionally turns the antenna by mechanic means to 60° in azimuth and 120° in roll. Thus, in using the electronic control and mechanical additional turn of the antenna, the maximum deflection angle of the beam grows to 120°.

Irbis-E radar control system detects and tracks up to 30 air targets, retaining continuity of space observation and engaging up to eight targets. The system detects, chooses and tracks up to four ground targets in several map-making modes with various resolution at a range of up to 400 km, without stopping to monitor the airspace.

Irbis-E radar detects air targets with an absolute cross section of 3 m2 on a head-on course at a range of up to 400 km.

Being an improvement on radars with a PAA, Irbis has much better capabilities: expanded (by more than twice) operating frequency band, increased from 70о to 120о target detection and tracking zone in azimuth, substantially (by 2-2.5 times) increased effective range, improved anti-jamming capability, etc. In this aspect, Irbis is comparable to the best foreign counterparts, outperforming most of the US- and Wes-European-made radars with passive and active PAA.

The Research Institute has been developing Irbis since 2004. By now, the engineering prototypes of the system have passed the required bench trials. The first of them has been installed on the Su-30MK2 flying laboratory and is undergoing flight tests. The first flight of the flying laboratory with Irbis onboard occurred in early 2007 at Gromov Flight Test Institute. During the flight, the laboratory proved the superior performance of the new radar in the air-to-surface operating mode.

Among other new onboard systems of the Su-35 is modern navigation and radio communication equipment, systems maintaining fighters operation in a formation and a highly efficient electronic countermeasures suite. The component package of the latter and its complementation with specific jamming devices can be determined by the customer.

In addition to the armaments onboard the modern Su-30MK, it is planned to additionally arm the Su-35 with new types of air-to-air and air-to-surface guided missiles, including long-range types. The maximum ordnance load of the Su-35 is 8,000 kg. This is placed in 12 weapon stations.

Status of the program

Nowadays, the first flying prototype of Su-35 is undergoing ground tests. Its first flight took place on February 19, 2008. Following the first prototype, now on the assembly line of KnAAPO (Komsomolsk-on-Amur Aviation Production Association) are a further two examples of Su-35. Those will join the tests this year. The production and delivery of Su-35s to customers are scheduled for 2010. They will continue with the emergence of a fifth-generation fighter on the market. 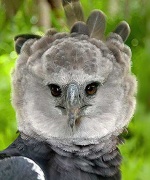 Dile NO a las 7 bases gringas! 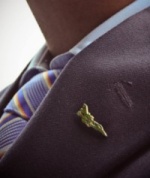 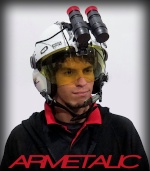