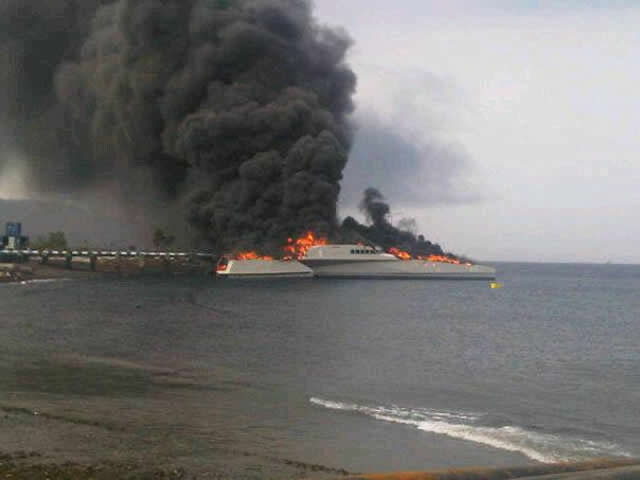 Talking to Navy Recognition at the event, Bob De Smedt, one of the naval architect who worked on the Omega project, explained that the scale model on display is representative of an early concept for the future Royal Netherlands Navy (Koninklijke Marine) and Belgian Navy (Marinecomponent / Composante marine) M Frigate replacement. However the main reason the new Omega class of frigates was unveiled at IndoDefence (and not Euronaval for example which was held two weeks ago) is because Damen is now ready to answer Indonesia's potential need for a large frigate (hence the 'FFI' name on a Damen image, standing for Future Frigate Indonesia).

Omega is actually set to be a new family or product line by Damen, that will come in addition to (and above) the famous Sigma product line. The main difference however is that there will be no "standard Omega lines": Omega designs will always be fully tailored to customer requirements.

For this reason, a future Indonesian Navy (TNI AL) Omega frigate design is likely to look different to the future M Frigate replacement... unless Indonesia is willing and able to team up with the Dutch and Belgian order. The Netherlands and Belgium are jointly procuring four frigates (two each) to replace their M frigates. Navy Recognition learned from various sources during IndoDefence that TNI AL has an "emerging need" for a 6,000 tons class of frigates as a follow on to its third and fourth PKR frigates (also a Damen design, of the Sigma family).

While this design could be proposed to other navies (New Zealand comes to mind), Damen stressed that this is not the design they are offering for Germany's MKS 180. Damen could not elaborate further about MKS 180. 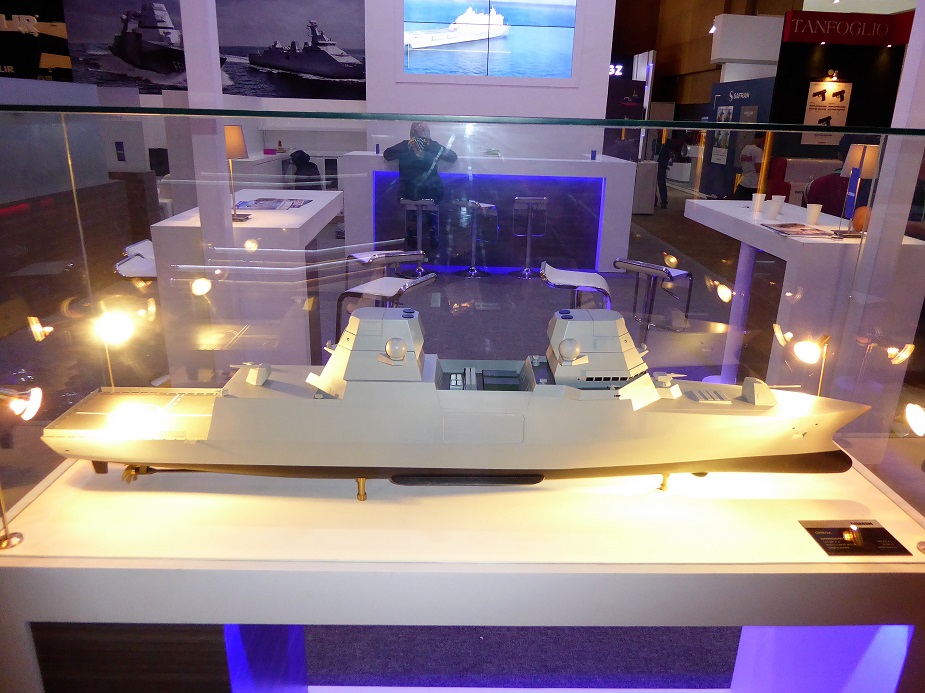 Damen explained to us that the Omega / FFI frigate is based on the proven LCF / De Zeven Provinciën-class frigate hull form. The vessel features an hybrid propulsion system consisting of 4x diesel engines (two can be used for economic speed, four for sprint) plus 2x electric engines. The diesel engines are separated forward and aft for increased survivability. Power generation aboard the ship takes into account future weapon systems such as directed energy weapons.

The Omega frigate features two large multi mission bays: One amidship and one at the stern. As is the trend with latest generation frigates (Type 26 and FTI/Belharra) the midship multimission bay goes across from port to starboard sides with an overhead handling system to load and move containers or launch and recover RHIBS or USVs/UUVs. The midship multimission bay is large enough to accommodate up to 4x 20 foot containers and the stern multmission bay can accommodate 2x 20 foot containers. Note that there is an additional space on the upper deck, next to the anti-ship missile launchers for 2x additional containers.

The futuristic looking (almost Zumwalt-eske) topside of the Omega Frigate is mainly due to the new generation radar suite provided by Thales: Boudewijn Geerink from Thales Netherlands told Navy Recognition at Indodefence 2018 that it is the new S/X suite consisting of the SeaMaster 400 fixed panel S-band radar suite and the APAR Block II X-band multi-function radar, both using gallium nitride technology. According to Thales, the new fixed panel S-band radar solution is the right answer to counter threats posed by airborne or surface drones, precision-guided munitions, or submarine-fired pop-up missiles, typically attacking just above the sea surface (low elevation, sea skimming) or from high elevation angles (high diving). APAR Blk2 defends against saturation attacks in the highest threat scenarios by supporting many simultaneous AAW and ASuW engagements with both active and semi-active guidance using ICWI. Thales SeaMaster 400 offers a range of 450km while APAR Block 2 can replace illuminators to directly provide guidance for ESSM and SM-2 missiles.

Omega frigate is also available with different radar configurations. A version fitted with a rotating radar (such as the Thales NS200) is also being pitched by Damen.

Weapons and other sensors 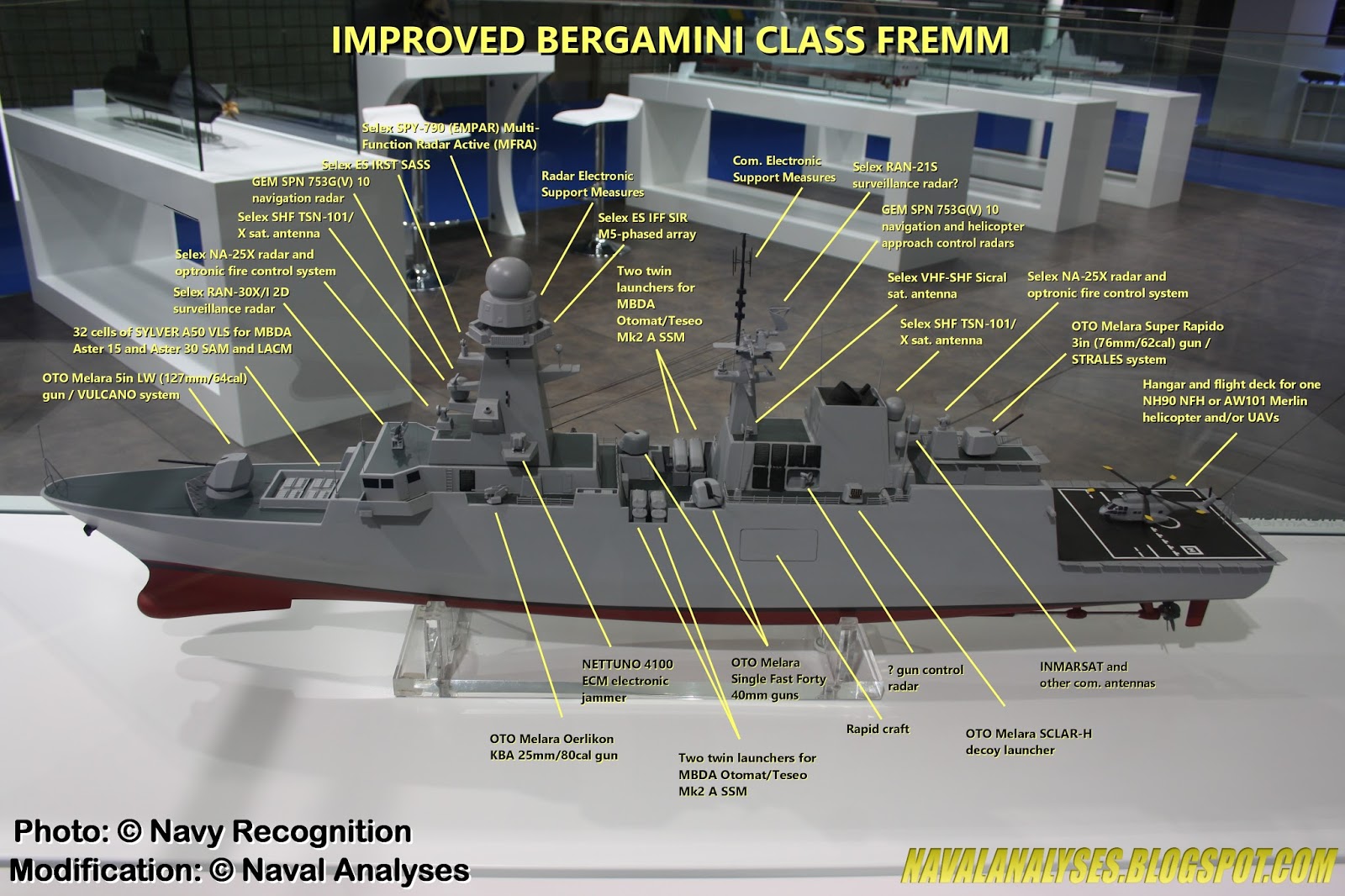